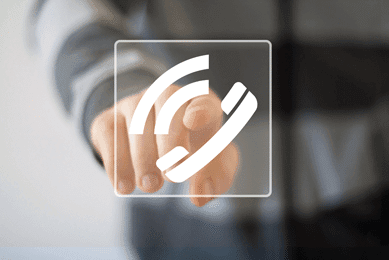 It is easy to feel overwhelmed by the changes that have redefined SMB communications in the last couple of decades. But – for better or worse – there are a lot of similarities too.

Last week, we wrote about copper wiring and how many businesses are still limited by copper connectivity. But there is another aspect of telephonic communications in the United States, which has not changed at all: the telephonic infrastructure.

The green telephone boxes in your neighborhood

Most areas in Atlanta don’t have telephone lines running above-ground. Those lines were buried beneath the ground, and the innocuous little green box you see in front of your house or down the block – that has been there for a long time.

Inside that box, you would see a bunch of wires – wires destined to each residence on the street. Those boxes are still responsible for the phone numbers originating in their area. This has not changed at all.

This fundamental aspect of our telephonic system is the reason why VoIP providers and communications technologies behave how they behave. They build processes and software on top of this existing infrastructure.

To deal with the restriction of telephone boxes and the needs of cellphones and smartphones, telecom carriers have made a small addition to the telephone box down the street. They have installed a little piece of equipment next to those boxes, which converts the signal back to a digital signal, called Session Initiation Protocol (SIP). Once converted to SIP, the digitized signal can transmit anywhere in their network – to either a phone number, or an IP address – like your computer.

Let’s say you call a smartphone with an Atlanta number. The call goes directly to the same box where the number originated. Then it routes to wherever you are via the carrier’s network. That might sound inefficient. Well, it is. We are still operating under the same rules that were set up when telephone lines were laid down.