Wire: The Newest Professional Communications App SMBs SHOULD NOT BUY 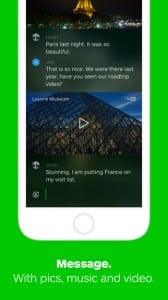 Isn’t it time for SOMEONE to take business communications apps to the next level? IMing, video, and Presence are old-hat by now. Is there not a tech guru out there who can rise to the challenge?

Let’s face it: the SMB market has benefited from numerous incremental advances in professional communications apps since the cloud. But lately, the gains have been relatively minor. Yes, it was nice when Microsoft announced they would integrate Lync and Skype. And iMeet added a lot of convenience and sophistication. That’s all great.

But what’s next? What is going to be the next GAMECHANGER for SMB Communications?

Always on the lookout for the next trendsetter, we were incredibly excited when Wire went live in February, 2015. So was Techcrunch, which called Wire: “…the reimagining of how a communications app like Skype should operate had it been built today.”

Strong words, especially when paired with the Wire dream development team, who have histories at Apple, Skype, Nokia and Microsoft. CEO Jonathan Christensen worked on MSN Messenger and Lync before co-founding an audio company that was in turn acquired by Skype. These guys have been generating the latest and greatest ideas in the industry for years.

We expected greatness. We were sorely disappointed.

Although the app’s design is indeed breathtaking, the features and functionality leave much to be desired. A lot of these issues are a part of the initial rollout/prototyping phase. So far, users will find little real benefit in the design enhancements, but they will be frustrated by the lack of video chat or asynchronous recordings. This led PC Mag to give Wire a mediocre review. We agree with them… for now.

Still, don’t write-off Wire just yet. Once the features that are currently lacking are added, we’ll have one more innovative contender for the professional communications app market.