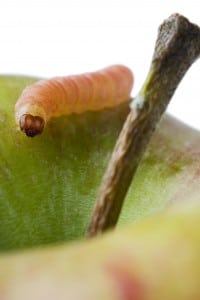 When hackers broke into Apple’s iCloud, they didn’t steal phone numbers, credit cards and other sensitive information. But they did lift illicit images of a number of actors and actresses. Then they posted the images for all to see.

The hack soon became a scandal that led to reputational damage, not only to the celebrities, but also to Apple. Stock price fell from $103 to $99 in a single day. Over a month later and even after the successful iPhone 6 release, the iconic brand has not recovered yet.

Apple is not the only firm to see substantial losses from a cloud hack. VentureBeat published some great research on how hacking decreases stock value – using data from Google, Target, and a number of other big hacks in the recent past.

How Can the SMB Market Buy Adequate Protection?

As a small business, you might not be on the stockmarket, but you can imagine how a security breach would impact your clients.

If the cloud can be compromised, even for a company as large as Apple, how can small businesses muster the resources to protect themselves? You can pray that your cloud infrastructure won’t be compromised because you aren’t a big enough target…

Just to be extra clear on this, that strategy is a bad idea.

Cloud Services for Protection in the Cloud

Companies like Alert Logic are utilizing the cloud to spread expert level protection across small and midsized businesses. Network Products Guide, the industry leading technology research and advisory guide, recently named Alert Logic a Silver Winner for the 9th Annual 2014 Hot Companies and Best Products Awards in the “Cloud Security” category. That’s what won them a spot on our “companies to watch” list, and they have impressed us with their innovative and powerful offerings.

Alert Logic and other security companies like it cater to businesses that operate under strict compliance measures, such as PCI DSS, Sarbanes-Oxley, FISMA, NERC, and HIPAA. But we hope that other businesses will take a proactive stance on their protection – if not for themselves, then for their customers.