Welcome to the Age of Exponential Progress and Innovation

The world is changing faster than we can even say. Entire industries and ways of life are being outmoded, re-adapted, and re-envisioned. Look at what has happened in the world of business and technology just in the last 20 years. Photographic giant Kodak sold 85% of the photo paper worldwide in 1998, and had 170,000 employees supported by a soon-to-disappear business model. Just after the turn of the century, taking photographic exposures and printing them on paper exclusively would become a thing of the past. Kodak shifted into digital camera mode, but soon after the company folded and went bankrupt. 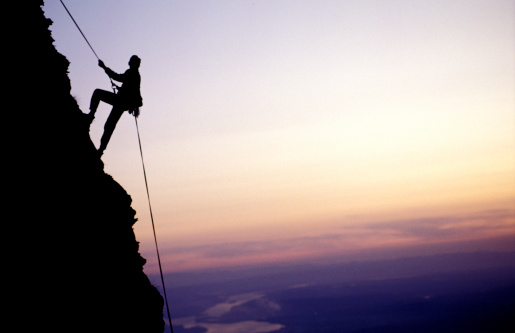 We live in an age of exponential innovation and technological advancement that is hitting its crescendo, propelled by AI evolution and software that’s becoming self-aware and comprehensive to an almost human degree. It’s being hailed as The Fourth Industrial Revolution, and experts say that by 2030, machines will be more intelligent than the humans that designed them. The changes are coming so fast and furious that it’s hard to keep up with the trends. IBM Watson is a cognitive business tool that can outwit the average lawyer by giving legal advice in seconds – advice that would take many minutes with an attorney and cost you $50 or $100. IBM Watson is slated to make doctors, lawyers and other “specialists” obsolete within a decade or so, because it can provide a winning legal opinion or cancer diagnosis in record time.

Another amazing fact of our times is how rapidly automobile technology is advancing. Can you imagine a world where there will be one million fewer auto-related deaths per year? Where no one will need a driver’s license, and no one will even need to own a car? How about a world where you can call a car with your phone, which will then drive itself to you, drive you to and from wherever you need to be while you are being productive on some kind of mobile device? Add to that a reduction in the number of cars on the road by 90-95%. The car insurance industry will go dodo bird, becoming obsolete. Tesla is already working on a car that runs on Apple and Google-based software for just these very scenarios. Electric cars are slated to go mainstream by 2020. Mainstream car manufacturers are terrified of this – though they needn’t be. Join the Age of Progress and Innovation, should be the rallying cry, and we will all profit.

A price on the Tri-Corder X Prize will be announced this year. This is a medical device based on Dr. McCoy’s gadget on Star Trek that will work with your smartphone, taking a retinal scan, blood sample, and breathalyzer analysis. It will then analyze the data, make a diagnosis, identifying virtually any disease. We can already self-diagnose using the Net, which already has the medical industry nervous. Invest in Tri-Corder X Prize’s, doc.

We will continue to see major overhauling of industries, meaning 70-80% of jobs will be sacrificed in the coming decades. New jobs will be created in their place, based on industries springing up because of new innovations, discoveries, and adaptations, so be not afraid, embrace the change, and discover new dimensions in yourself that rise to the occasion!

In a realistic analysis, any 20th Century idea is doomed to failure in the 21st Century. Albert Einstein said, “Problems cannot be solved using the same thinking that created them.” The coming age will see unprecedented levels of innovation and change. Those who are unprepared for or who dislike change will have to get with the times, or get left behind!

Imagine a world in which slaving farmers in third world or developing countries can purchase a robot for $100, and direct the robot to do the physical work, the farmer becoming a “field manager,” in effect, instead of toiling all day in the fields. Aeroponics and Aquaponics will allow anyone anywhere to grow their own food without the use of soils or an aggregate medium. An amazing volume of food can be produced in these ways in just a 10’ x 10’ by 10’ space. 30% of all agricultural surface area is currently devoted to cows. Hamburger patties can now be grown in a petri-dish. The world will now, by and large, be able to feed itself. It’s only the suppression of innovative technologies that has starved and impoverished the world thus far.

As global economies adjust to political upheaval, traditional banks will fold and give way to virtual currencies like Bitcoin, which has a good chance of becoming a default reserve currency as it goes mainstream. Additionally, by 2020 apps will be developed that will act as a lie detector. Imagine politicians surrounded by smartphones loaded with these apps aimed at them, able to tell in an instant if they are lying!

The average life span exponentially increases by 3 months per year. In 2012 the average life expectancy stood at 79 years. In 2016, it’s 80 years. This is due, in part, to AI learning and analytics to increase lifespan. By 2036 there will be a more than one year increase in the human lifespan per year, so by then, anyone young enough to reap the benefits could, conceivable, end up living well past 100 as tech advances continue, if they take care of themselves.

You can already give yourself a college-equivalent education on the Web. Smartphones are selling cheap in third world and developing nations in Africa and Asia, and 70% of the global population will own one by 2020. And, as free Wi-Fi hotspots become more the norm, a downtrodden child who buys a $10 smartphone could access the Web and receive a better-than-doctor’s education sitting in the shade of a banyan tree.