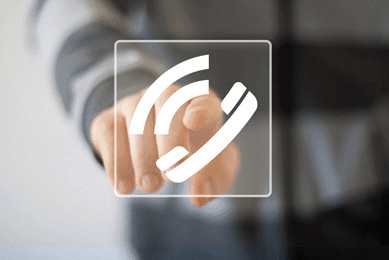 It’s amazing how much information you can find about VoIP but how little it will actually help you. Marketing tends to throw you into the middle of this new world without telling you the rules that govern it.

This series of blogs will help SMBs understand the basics of VoIP, starting with what has changed in telephony since Time Division Multiplexing (TDM) – and what hasn’t changed at all. (And don’t worry if you don’t know what TDM is; we’ll explain later.)

One Difference between Basic Telephony and VoIP

When people say Voice over IP, the common misconception is that the phone lines are Voice over IP. People tend to imagine that the Internet has phone lines in it somewhere, taking your call from the business out across the Internet and to its final destination. But reality is much different than that. The innovation of VoIP only goes as far as the signal that represents your voice signature, and how that signal connects with phone lines.

The way they used a copper wire in the past to transmit data was an innovation, in its own right. The innovation allowed multiple call paths to communicate across a single strand of copper. That was Time-Division Multiplexing (TDM), allowing up to 24 different wavelengths, or audio streams over a piece of copper. That is 24 different conversations, assuming of course that each conversation involves two people speaking.

The key difference with VoIP is that – instead of wavelengths, VoIP uses 0s and 1s to record and transmit your voice signal. When you digitize the audio in this way, and packetize it, you aren’t communicating wavelengths any more, and that 24-wavelength restriction no longer applies. At all. One piece of copper wire can transmit hundreds of VoIP audio streams, which makes VoIP really, really inexpensive by comparison.

So instead of conversations, VoIP is restricted by bandwidth, which is in part why VoIP providers tend to give you unlimited extensions for free, and why one phone line can give you pretty much unlimited incoming and outgoing calls. It isn’t a magic trick; VoIP is just a much, much more efficient way of transmitting audio.

Next Week – What does copper have to do with it?

Now, you might be thinking, why are we talking about copper? Don’t we use more advanced, optical fiber to transmit signals these days? Well, the answer is yes, sometimes, and sometimes no. We’ll dive into that next time.