Skype Versus Lync: No, They Are NOT the Same 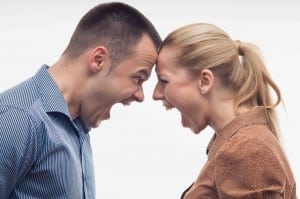 Here’s a quick refresher for you. Microsoft bought Skype in 2011 for $8.5 billion, and since then Lync and Skype have integrated on a number of levels. Now they look extremely similar… but they are not the same. In case you’re starting to get them confused, this article is about to clarify the differences and what you can expect in the next year.

Brawl at the Seven Gorges: Privacy/Security Go Head to Head against Convenience

If you want to make an audio call, or a video call, or share files, or instant message, then the process is almost identical on Skype as it is on Lync. And if you want to connect to the PSTN (Public Switched Telephone Network – a.k.a. call cell phones and landlines), then you can do that on either service. But in this case, the process on Lync is actually more difficult than on Skype. So why would you want Lync?

In the answer to that question, you will find the primary advantage of the Lync platform. Lync is insulated from the outside world – making spam and illicit requests almost impossible. The choice to use Lync over Skype is predicated on the closed nature of the platform, which offers protection and security to the network.

Two years after the Skype acquisition, Microsoft opened the Lync network, but it installed a one-way door. Lync customers could then contact vendors and clients who only had a Skype account, but vice-versa was a no-go. This preserved the core integrity of the Lync system, and at the time, only contact-sharing, Presence data, and audio calls between the two platforms were possible.

The second part of the integration came, finally, in December, 2014, when Microsoft announced that users could video-chat between platforms.

Skype for Business: The Best of Both Platforms