Should IT Companies Start Trading in Bitcoin? 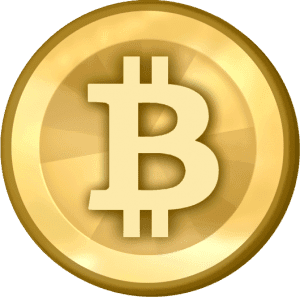 Everyone is talking about the new and questionable IT currency, Bitcoin.

Economists are both horrified and excited at the prospect of a form of monetization that can be transferred without cost. However, businesses are either accepting payment in bitcoin hesitantly, or more commonly, not at all. Banks in the U.S. are avoiding the digital coinage like the plague.

And yet, the Federal Reserve Chairman, Ben Bernanke, has stated some source of optimism for digital currencies, which: “…may hold long-term promise, particularly if the innovations promote a faster, more secure and more efficient payment system.” These are strong words from a man who is holding the financial heart of the United States in the palm of his hand.

So what is bitcoin? A bitcoin is a product of information technology. It is a dense packet of 1s and 0s, which have been woven in an incredibly complex and ‘bit’-intensive way. Wired has a great article explaining exactly the IT behind bitcoin, so suffice it to say, anyone can purchase so-called bitcoin miners that will manufacture bitcoins, but the process is so long and arduous, it is a lot like any business venture. Profitability is not guaranteed. It depends on what the resultant coins are worth.

And on any given day, that worth can vary by $100 or more per coin. Recently, a single bitcoin will exchange for approximately $800, which is an enormous return if you bought into the market when they were worth a few dollars apiece (5 years ago). But who is to say the currency will continue to appreciate?

It is a matter of conjecture whether you will be able to exchange bitcoins for dollars in the near future.

The biggest bitcoin exchange in the world, Mt. Gox, was recently hamstrung by U.S. authorities for failing to register as a money transmitter. Its U.S. bank accounts were subsequently shut down, disabling many from cashing their bitcoins, and worrying many more that the U.S. will effectively shut down the currency.

So while bitcoin has prospects, it does not have the stability that a business needs to function. If you do not know whether you really ‘have’ the money or not, you cannot make reliable promises to your customers. And in IT, reliability, loyalty and stability are absolutely necessary to success. So, for now, we are not dipping into those cold waters.

Can your business afford the risk?