Office 2016 vs. Office 365: Pick the Right One for Your Organization

Office 2016 and Office 365 are very different products with some things in common. Here’s exactly what you get with each.

As Microsoft has added more products and expanded its services — plus started to rebrand some of its older services into new packages — it can be difficult for business leaders and professional workers to follow just what the company is actually selling. The famous example is “Office 365” and “Office 2016” which sound very similar but are in fact two very different things aimed at different buyers. 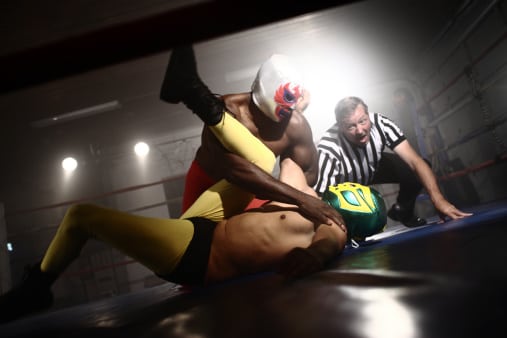 Now that Microsoft is talking about “Microsoft 365” as a combination of traditional tools and newer services, the waters are getting even more muddy. So let’s stop and take a moment to look at two core offerings from Microsoft — Office 2016 and Office 365, and how their foundational differences impact everything else. There’s a lot more to these offerings than some strange numbers. Here’s what you can expect from both.

Office 2016 Is the Traditional Software Suite

Back in the day, the Office apps — Word, Excel, and PowerPoint were what most people thought of — were easy to understand. If you wanted one, you bought a package that include both the disk loaded with the program and the license that allowed you to use it. Problem solved! But over time, buying options became more complicated for organizations and software began to be organized into different, more flexible categories. The arrival of cloud computing changed the buying model even more, until someone new to the process could be understandably confused about just what they were buying.

Office 2016 retains the simplicity of the “old way” of buying and gives you the long-term programs that Microsoft originally became famous for. You get a permanently downloaded version of Word, PowerPoint, and Excel, and depending on the version you also tend to get Outlook, Publisher, Access, and maybe OneNote. The “2016” here is the important part: Microsoft doesn’t update its software with a new version every year, and sometimes waits a few years before releasing a new permanent download. That download with get periodic patches as time goes on, but it will eventually be replaced by a new version (understandably, many people stick with the old versions for a long time anyway, although this can eventually cause compatibility issues).

You Buy It Only Once, for One Computer

That first download is the only one you need to use the Office 2016 — barring patches and updates to fix bugs, of course. The license is yours. There are advantages to this approach. For example, it makes it a lot easier to work without a connection to the internet, and you only need a connection when you want to share your documents or publish them.

However, when you buy Office 2016, you are buying only one license for one computer. This makes Office 2016 a little weird for companies — families and students have no problem with this single purchase model, but companies can’t really buy a new version of Office 2016 for every computer they have. The closest they can get is a package deal with Microsoft to buy a number of computers, all with Office 2016 downloaded (something Microsoft prefers to replace with Office 365 for its professional clients, so this may be more difficult than it sounds).

There Are a Number of Different Versions Based on Individual Need

First, there is a PC version and a Mac version, and you’d better know which one you are getting. Second, there are several different classifications for Office 2016, including Home & Student, Professional, and so on. Office 365 also has a variety of classifications, but they are very different and focused mostly on pricing packages.

There Is a Free Online Version

Don’t want to pay? Microsoft also offers a web app for Office 2016 products — well, Word, Excel, PowerPoint, and OneNote, but that’s enough for the average startup. The key is that you have to have an internet connection at all times to use these web apps, but otherwise they are compatible with modern Windows data. It’s also an interesting move from Microsoft that indicates the company sees future profits lying in Office 365, not one-time sales.

Office 365 functions as a service, not a single purchase. While there are Office 365 plans for students and individuals at home, the service holds the most value for organizations. Purchase this service, and you get a pre-arranged number of access options (the home version, for example, allows you to share it with up to four people). This access includes Word, PowerPoint, Excel, Publisher, Outlook, OneNote, and any other apps that you could get with Office 2016. However, your access to these apps isn’t permanent. If you stop the service, you lose the ability to use these apps. You can still look at files, but you won’t be able to do anything.

It Also Has Many More Tools

Office 365 also goes far, far beyond Office 2016 with a plethora of cloud-powered tools and apps that you can use. It offers data sharing with other Microsoft products like SharePoint, allows administrators to get Threat Intelligence updates, and gives a very sizable 1TB of online storage space per user to store all your documents. Calendars, the Yammer social app, Skype chatting — everything can connect to it and share files through Office 365. That’s great news for organizations with lots of data needs, but it does require a much higher learning curve than Office 2016.

It Is Subscription-Based with a Variety of Business Plans

You pay per user, per month for Office 365. Packages vary based on needs. The home-friendly version doesn’t include business email and is available for $12 per month. The Enterprise E5 version includes absolutely everything and costs $35 per user, per month. It doesn’t take a lot of math to see that Office 365 is more expensive than Office 2016, even if you only use it for a couple years. The two aren’t competing in terms of price, but rather in what they offer.

It’s Designed to Be Scalable and Flexible

Office 365 allows you to easily add more users and expand your specific apps and services as needed. Individuals may not need this, but it’s a very important function for companies interested in expanding in the future.

Speaking of expansion, are you trying to adopt new data services and aren’t sure if you should choose something like Office 365? Let us help! Centerpoint IT provides IT services to Roswell businesses that need the latest data solutions. To learn more, contact us at (404) 781-0200 or info@centerpointit.com.