Notice Anything Different About Google?

If you are a business owner who uses technology as part of your digital marketing strategy—and in this day and age, what business doesn’t—you’ve probably noticed that Google has made some pretty substantial changes to its algorithm and search quality parameters over the last few months. 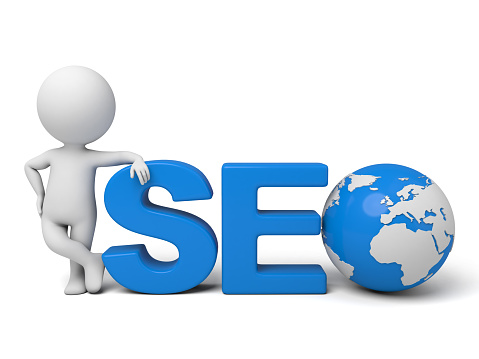 The latest change courtesy of Google’s PPC division left marketing teams scrambling to figure out what the tech giant’s next moves would be. Since January of this year, the following changes have taken place in Google’s SEO algorithm and in their search quality guidelines:

You may have noticed that Google’s AdWords ads are no longer—they now appear within the actual search results part of the page, with a fourth ad now appearing above the fold (the break in the page).

This may not seem like a big change to some, but depending on the users screen resolution, in certain cases not even a single organic search result will make it onto Google’s coveted first page. Compare this outcome with previous SERP functionality where 3-4 organic results would display, and you can see why marketers are struggling to figure out how to rework their clients’ ads to regain effective positioning within SERP.

2. The bartering system between bloggers and businesses is now off-limits.

Google issued a warning to bloggers that publishing links as a form of exchange for free products and services would be prohibited going forward. Less than a month later, the search engine began issuing penalties to blog sites that disobeyed its directive.

Google announced that the article intelligence signal RankBrain was the #3 ranking signal, preceded by link quality and content quality—in no particular order.

4. Google camouflages the text color of PPC ads with organic results in SERPs.

Starting in Europe around mid-April, Google changed the color pallet associated with its AdWords labels in SERP. At first, this seems like a simple facelift for the platform—but when you look more closely, you’ll notice that the paid ads now blend more easily with organic results. This could be an attempt by Google to make paid ads less distinguishable from the results that rank naturally.

Google confirmed that Panda is now one of its core ranking parameters. Panda measures the quality of a site and allows the search engine rank accordingly.

7. Toolbar Pagerank is killed off.

The Toolbar Pagerank item was removed from Google’s browser in 2016, but this seems a bit of a formality—the function hadn’t been updated since 2013 anyway.

Google has, however, confirmed that it is still using PageRank internally to assist with the ranking algorithm.

Since the spring of 2016, Google has been issuing warnings to site owners if their sites aren’t mobile-friendly. The warnings even show up directly (to the owner) in mobile search results.

In spring 2016, Google updated their Search Quality Ratings Guidelines. Changes to the guidelines include:

Centerpoint IT is your local industry expert for all things IT and we know the right people for you to speak with regarding Google and SERPs. If you are looking for information on keeping your business’ website relevant according to the latest Google algorithm updates, contact us at (404) 781-0200 or send us an email at info@centerpointit.com for more information.