Is Your Backdoor Open? You’ll “WannaCry” When the Hackers Get In

Dangerous cyberattacks have been released by a group of hackers known as The Shadow Brokers. These exploits will lock up your data for good – no ransom, no return. 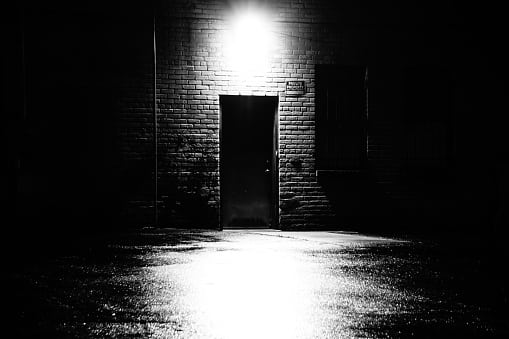 But this isn’t all they do – they’ll also leave behind a parasite that lets them “hang out” inside your computer, infect others, and re-enter through a backdoor.

What’s really scary is that these attacks are getting past traditional next-generation security measures. In 99 percent of the cases, security researchers found that these threats bypassed security tools.

EternalChampion and EternalRomance are two other exploits that were also reported at the same time EternalBlue was.

And then there’s EternalRocks, also known as MicroBotMassiveNet, which is a computer worm that infects Microsoft Windows. It uses seven exploits that were developed by the NSA and unknowingly leaked to hackers. As a comparison for you, the WannaCry ransomware program only uses two NSA exploits. Experts tell us that EternalRocks is much more dangerous.

EternalRocks installs the Tor anonymous network to conceal Internet activity. Your server then downloads EternalRocks to your computers. To avoid detection, it calls itself WannaCry. But unlike WannaCry there’s no kill switch.

EternalBlue and these other exploits use a backdoor implant tool to infect your systems. Plus, EternalRocks is self-replicating worm and leaves the back door open via DoublePulsar so that other hackers can load malware on your computer.

Backdoors leave you exposed to a multitude of cyber threats.

Backdoors work in the background and are hidden. They are much like other malware viruses and, therefore, difficult to detect.

A backdoor is one of the most dangerous types of computer parasites. It gives a criminal the ability to perform any possible actions on your computer.

Plus, the parasite can work automatically on its own and do what the hacker wants.

A backdoor not only allows the hacker to access your computer and network, but it also lets them come back and enter your system again and again.

Backdoors are complicated for system administrators to deal with. In most of the cases, it’s very difficult to find out who is controlling the parasite. In fact, all backdoors are really hard to detect.

Before they can find out how hard it will be to block the hacker’s access, system administrators have to figure out the methods hackers will use. There are so many exploits now that makes this a very difficult, if not impossible task.

Plus, some of these backdoors can’t be detected because of the way they’re designed.

Even if your admin changes passwords when an attack is discovered, backdoor utilities can be programmed to give the hacker repeat access to your system.

They do this via computers on your IT system that don’t log on to the network very often. Because it appears that no one is using the machine, your system administrator doesn’t detect that a hacker is actually using it.

There’s another kind of backdoor utility that lets the hacker return to the network within a short period of time. This way they don’t have to find a vulnerability to exploit in order to gain access. But if your system administrator does detect them, they’ll just take the time to look for another vulnerability. As you can see, this can be a constant battle.

Password cracking is the most-used method of backdoor hacking to breach network security.

Backdoors can degrade your Internet connection speed and system performance. They prevent you from removing them by hiding in files. Plus, there are no uninstall features to delete them.

There are 5 ways backdoor threats can get in:

What can you do to protect your business from backdoor threats?

Backdoor parasites are extremely dangerous and must be removed from the system. It’s essential that you contact your Technology Solutions Provider so they can do the following:

Contact our cybersecurity experts. We can “shut your backdoors.”