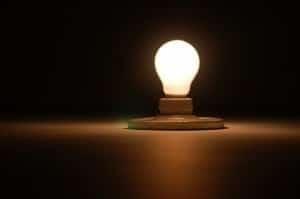 Who hasn’t daydreamed about becoming the next Steve Jobs, or Larry Page? Mark Zuckerberg anyone?

These amazing standouts have not only transformed our world, they have also aggregated some of the largest fortunes in the world. So it is no wonder that tech entrepreneurs gravitate toward these blockbuster examples when they are brainstorming their ideas for new businesses.

But there are plenty of successful businesses who do not become household names in the first decade of operation. Our business was focused on bringing together human resources – skillsets that would allow us to address the emerging need for IP phone and business networks.

Co-founders Fred Dekeyser and Chris Chao sold business telephone systems. Wayne Gosselin was working in a related industry but was more focused on the network side. Then a customer walked in the door who would change the face of our business.

They operated 3 independent locations and wanted strong ties between those locations. Fred knew that an IP system was the best product on the market for them, but he did not sell IPs. He referred the customer to Wayne, who sold them a Shoretel IP phone system, which they still use today. The best solution resulted in a stable, mutually beneficial relationship, and it showed us what we needed in order to provide the highest value for our customers.

Later, the customer who made the IP purchase left that company and then came back to us for his new company’s phone needs. We continue to serve both businesses touched by this one client, who has single-handedly brought us over $500,000 in business – all because we initially focused on providing the best solution.

Creating Centerpoint in 2006 was a relatively simple exercise. We had enough customers lined up that we were immediately profitable.

The best deals – even for tech giants – are often not hatched from some complicated scheme for world domination, but rather from connecting the puzzle pieces that are laying on your desk.