How Scammers Use Familiar Phone Numbers to Steal Your Information 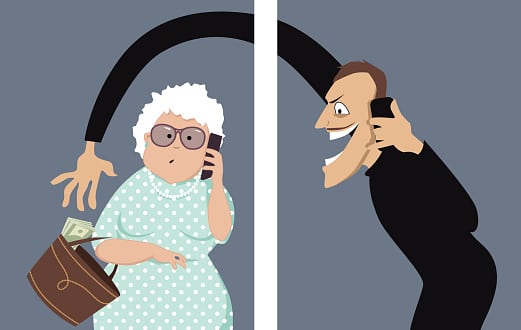 Scammers can spoof phone numbers from your local area code or a number that you recognize. When they call, you might think it’s your mother or brother—You wouldn’t know the difference until you picked up the phone.

Scammers will even call pretending to be your child, your spouse, or another family member – speaking quickly as if they’re in a hurry and need your information right away. If a scammer called your mother and spoofed your number, would she know it wasn’t you if the caller was speaking fast and in a panic?

(You can view an NBC report about spoofing here.)

According to Ajit Pai, Chairman of the FCC, they are empowering phone companies to block robocalls that appear to be spoofed with no real legitimate purpose. They’re taking aggressive action against these callers, and are working to find better technological solutions to guard against fake calls.

Apps such as Mr. Number and TrueCaller can help you determine the difference between spoofed and non-spoofed calls:

TrueCaller works as a caller-ID app, albeit a beefed-up, superpowered one. It tells you who the caller is, where they are from, and who they might be. It prevents calls from telemarketers and spam callers. It pulls the numbers and contact info from its users so all the numbers stored in your contacts will end up in the TrueCaller database. Currently, this database is home to two and a half billion contacts.

With Mr. Number, you can narrow down your desired specifications in the settings menu. You can block specific numbers, entire area codes, numbers not in your contacts, calls you suspect are spam, and intercept calls from private/unknown numbers and review them later in your recent call list.

Here are some tips for dealing with scam or spoofed phone calls:

Spoofing a phone number without permission is illegal. In Canada, the CRTC suggests that victims file a complaint if they’re sure the caller ID was spoofed by a telemarketer or conman.