Future of IT in Healthcare 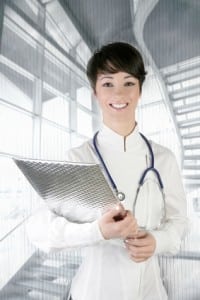 IBM’s dubbed its latest and best attempt to create artificial intelligence: “Watson.” Their goal was to construct a program capable of answering any question formulated by the human mind. Watson utilizes a database accumulated over the last 20 years, and its software is designed to frame its answer to suit the question. Jeopardy, which requires answers in the form of a question, was one of its principal challenges.

After the initial development of Watson, IBM entered the program on jeopardy to see whether it could outperform human opponents. Obviously, with access to over 20 years of data, Watson enjoyed a serious advantage. However, it also suffered from a severe deficit. It could not always interpret the questions accurately.

Cognitive Thinking – Intuitive for Us and Completely Illogical for a Computer

The biggest development problem IBM faced was the interpretation of human speech. Let’s suppose you hear someone say, “Last night, I had a dream, and I shot an elephant in my pajamas.” Obviously, you would understand the person was wearing pajamas in the dream when he shot the elephant. After listening to the same sentence, a computer would be scratching its head in the attempt to understand how the elephant fit into your PJs.

The first time it played jeopardy, Watson’s literal interpretative process was its undoing. The programming team went back to the drawing board, and they taught the program how to successfully and dependably bridge the gap between cognitive thinking and meaning.

The program was taught to guess the highest probability answer, and it won.

Ultimately, IBM aims to proffer the Watson program in hospitals as the ultimate case advisor – sort of like House, if you’ve seen the television show. Physicians could ask the program questions. The program would utilize all the information available to it through electronic means and present the most likely conclusions.

We’re excited about what a solution like Watson could do for healthcare. Currently, doctors are limited in the knowledge they can bring to bear, and the field is developing with accelerating rapidity. Cognitive technology like Watson could become a powerful tool in the future and in the long run, reduce costs.