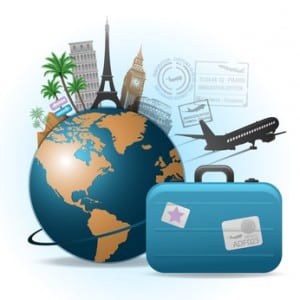 Our mobile phones are now connected to extremely sensitive areas of our lives. Major financial institutions, such as Bank of America, have created apps that allow you to make check deposits via your Android mobile phone; Citibank has developed an app for managing your bank accounts and credit cards – all through your pocketable mobile device.

The problem is pocket-ability. No matter how sophisticated apps become, they cannot protect you against physical robbery. As mobile devices carry increasingly powerful financial tools, thieves who are now looking to turn a quick buck at the pawn shop down the street will seem short-sighted. Instead, ID thieves could guide substantial financial transactions after pocketing your mobile device. New security software aims to prevent these threats on Android mobile phones by using facial recognition software to lock/unlock access.

Mobile facial recognition was initially an experiment at Stanford University. We found the initial write-up on the project, which shows exactly how the algorithm breaks down the various components of your face and stores them for recognition later. The gist of it is: you must be present for your phone to grant access, and your face must be recognizable.

One of our founders, Wayne, uses the software, but he has found it ineffective against some very ‘clear and present dangers.’ His daughter knows how to manipulate the system. She just points the phone at him before scampering off with his new Samsung. No system is flawless.

That got him thinking about other weaknesses, namely, that if a picture of his face is taken with a phone, the security system would be ineffective. That is probably why Apple is expected to use fingerprint security on the forthcoming iPhone. As leaders in the IT industry, we have to know the pro’s and cons of each security feature. The best security finds a balance between access and usability. The ease of facial recognition also lends to loose security.