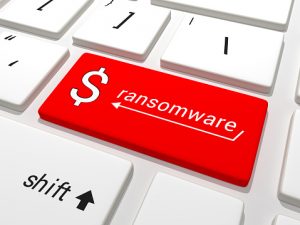 When ransomware viruses seize their files, some people and organizations feel they have little alternative but to pay the ransoms. Victims don’t want to reward hackers, yet they need to recover vital data. Unfortunately, this doesn’t always solve the problem.

A hospital in Kansas recently sent money in exchange for access to information that ransomware had encrypted. Nonetheless, hackers declined to let it recover the data and requested additional cash instead. The medical institution stopped negotiating with them and refused to send another payment.

A small retailer in the northeastern U.S. also suffered a ransomware infection. The business soon realized that its backup system had failed over two years ago, according to PC World. It paid a ransom but the virus malfunctioned and only partially decrypted company files.

Although the majority of hackers do descramble data after victims pay up, the above-mentioned problems have become fairly common. Richard Walters at cloud service provider Intermedia says “…there’s a one in five chance you won’t get your data back,” according to TechNewsWorld.

Like all extortionists, these criminals don’t forget when someone pays a ransom. Some hackers believe that individuals who give into their demands are more likely to do so in the future. Consequently, they target the same people or businesses multiple times.

Another problem is that computers may remain infected even after the hackers receive payments. They might appear to work properly, but a residual virus could steal confidential data or use the network to spread malware.

Ransomware victims can sometimes decrypt their information without spending money. Security experts occasionally find defects in malicious programs and use them to descramble files at no cost. For instance, BGR reports that this type of flaw exists in the Petya virus.

Nevertheless, it frequently proves impossible to recover information without the decryption key. The best way to avoid paying ransoms is to prevent infections from occurring. Most ransomware comes from email attachments; always exercise extreme caution when opening them.

Up-to-date antivirus programs can often protect you from this problem. Be sure to scan all software downloads and email attachments before using them. However, don’t let virus scanners give you an unrealistic sense of security. Ransomware developers constantly modify their code to stay ahead of antivirus utilities.

If your computers do become infected, a recent backup will enable you to restore the encrypted files. Remember to make copies on a regular basis and verify your backup system truly works. Don’t keep this data on media that stays connected to a computer; ransomware could encrypt it.

Basically, paying ransoms encourages criminals and doesn’t always work. It’s better to take precautions and prepare for the worst. Numerous companies trust Centerpoint IT to keep them up-to-date on the latest IT strategies and news. Please dial (404) 781-0200 or send a message to info@centerpointit.com for more details.