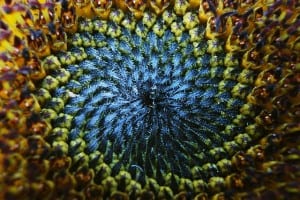 You do not have the time to pore over all the micro-details of every business phone system on the market. You do, however, want to make the right decision for your business. Within the next 300 words, you will receive the distillation of our 8 years of experience with Avaya, Mitel, and Allworx, which will help you make the best choice for your small business.

Avaya, Mitel and Nortel were the three big business phone corporations in the United States before Voice over IP (VoIP) disrupted the market. Although each company adjusted accordingly, the history has impacted their current solutions when compared to Allworx, which designed its VoIP solution from scratch.

Avaya and Mitel’s investment in legacy equipment led them to bolt on functions and splice together solutions that could bring that old tech into the VoIP world. It also left them with a leading edge in enterprise-level phone systems.

Allworx came from the very different angle of creating a phone system from scratch, which gave them an advantage in terms of integration and simplicity. They looked at functionality and features in terms of software only. Asking for more from your phone became a simple matter of upgrading the software to the next level, which resulted in a seamless, flexible and easy-to-use platform. Their company has developed a growth story in the VoIP phone space and is now a leader in its class (companies below 150 employees).

To give you an idea about the difference in complexity, it is probably easiest to compare our training processes between the three. An employee of ours would require roughly two years to attain proficiency with Mitel and Avaya, versus two months with the Allworx system.

The Allworx brand centered on simplicity, and this focus radiated into other aspects of their customer experience: namely, their licensing arrangements and their platform. To this day, Allworx has 6 licensing options. This compares favorably to the Mitel/Avaya purchasing process, which entails reading through pages of fine print about options and pricing.

When you add one or two users to an Allworx system, there is no added work or cost. The licensing arrangements allow you to grow your business until reaching the next user threshold (~50 users later). Then you change your license and move on. Simple.

Mitel and Avaya make the process more complicated, requiring consideration of the services and features you want each user to access.

For businesses with under 150 employees, we are clearly in favor of Allworx. If you value convenience and simplicity, then in all likelihood, you will agree, and you will love Centerpoint.