Android Vs. iOS: Which Mobile Operating System is More Secure

Android Vs. iOS: Which Mobile Operating System is More Secure

Data from Statista showed that the number of mobile phone users in 2021 was approximately 7.1 billion, and forecasts show the number will likely reach 7.26 billion in 2022. However, the upward trajectory has a downside as it creates more opportunities for cybercriminals to hack mobile phones and steal personal data.

Hackers know that people store massive amounts of confidential and sensitive data on their phones. Some of the details that they can target include your banking details, online purchase payments, social media activity, emails, and health records. Besides, you most likely conduct a considerable amount of your daily activities and errands via your mobile phone, making these devices a perfect target for the bad guys. Notably, there was a 50% increase in the malware attacks that targeted mobile devices in 2019. These cases were mostly due to the increased number of applications used for online banking. This has led to many people weighing in on which operating system between iOS and Android is more secure. Read on for more insights. 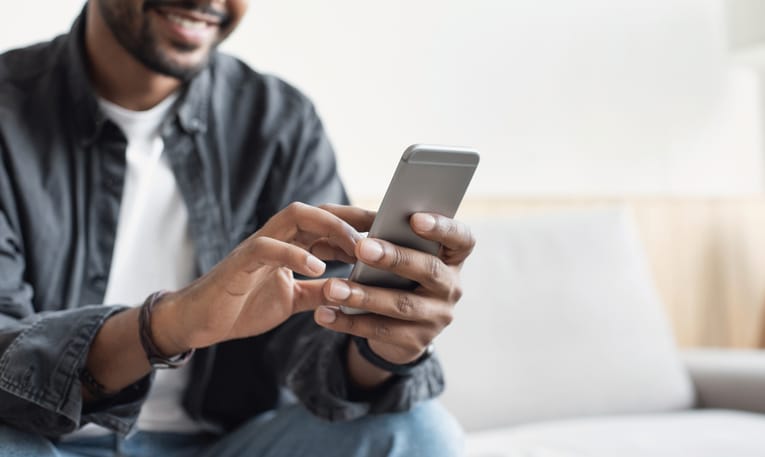 Which Operating System Is More Secure Between iOS and Android?

Although this is still debatable, many consider Apple’s iOS more secure than Android. The iPhone’s integrated design makes security vulnerabilities less frequent than Android devices with varying security levels. However, even if iOS is somewhat more secure, whether you own an Android or iOS mobile device, you’ll still need to be aware of the possible viruses and malware.

What Are the Security Advantages and Disadvantages of iOS?

One of the most significant advantages of iOS devices is that it’s difficult to hack. Apple has combined the software and hardware, thereby locking down the platform without affecting the user experience. Although you may see this as rigid control over Apple’s devices, it comes with several security benefits. For instance, it’s difficult for cybercriminals to install malicious software on your iOS device through the apps on your device.

Also, iOS is a closed operating system. The apps you find in your iPhone go through thorough vetting by Apple apart from the enterprise-specific apps that are under the management of internal IT departments. Better yet, Apple has full control over what app developers do, and there are special mechanisms on the App store that verifies tools, features, and their origin. Moreover, with iOS, all the details you save on the contacts, reminders, notes, and calendar are encrypted.

The notable disadvantage facing Apple devices is the slow rate of offering patches to known vulnerabilities. For instance, jailbreaking was a result of a known flaw.

What are the Security Advantages and Disadvantages for Androids?

Although Android gives app developers more freedom, they use C++ as the primary programming language. C++ is more complex than the previous versions, making it more difficult for the bad guys to modify. However, in cases where developers decide to use Java when dealing with sensitive code fragments within an app, it becomes easier for hackers to manipulate and insert their own codes.

Since Android operates on open-source, developers can easily scrutinize the code for any vulnerabilities. However, this also comes with a downside because manufacturers should ensure that any modified code on their device is secure. In this case, you can’t guarantee 100% security since not all developers have the expected security standards.

Which OS Update Has Had the Worst Security Flaws?

Both Android and iOS rely on constant updates to keep their operating system secure. Apple maintains strict control over all their devices, making it easier to make updates. This also enables Apple to keep its iOS devices for extended periods. Even if you forget to update your iOS device, you still have some degree of protection. Also, if Apple wants its users to update their phone’s OS, they can easily put more pressure on them since everyone is on a system they have complete control.

Due to Android’s large popularity, Google finds it hard to serve all Android devices and keep them up to date and on a similar security level with the same time and frequency. Still, it’s difficult to roll out the updates across thousands of manufacturers. As a result, there are fewer frequent updates, and mobile devices get supported for lesser periods. Notably, one of the worst Android security vulnerabilities was MMS. A hacker could have complete control of your Android phone by simply receiving the MMS message, from copying your data to taking over your camera and microphone functionalities.

Between Android and Apple, Which App Store Is More Secure?

Apple has laid out tight control measures over the App Store, which has significantly prevented iPhone users from possible malware attacks. In fact, Apple has even had some applications rejected from App Store thanks to its ‘whatever it takes’ security approach. And although some apps get rejected for arbitrary reasons, this move is worth it since it helps keep App Store more secure, especially when it comes to malware cases.

On the other hand, Android is somewhat more vulnerable to malicious applications. Despite the ‘secure enough’ approach by Google, there have been several instances where highly ranked apps contained malware, and thousands of users had already downloaded these apps. Also, due to Android’s huge popularity, even if the malware cases affect only 1% of users, this could be equivalent to a million users. Moreover, Android users can allow the installation of applications from sources other than the Android app store. This exposes you to an even greater risk of malware.

Is Android’s Open-Source Code a Weakness or a Strength?

Android devices rely on open-source code, which comes with lots of benefits. However, this also means that you can tinker with your mobile device’s operating system, creating a weakness in your gadget’s security. Also, if an Android phone manufacturer puts out a new device with some modifications to the operating system, hackers can find possible vulnerabilities to that code.

From the above, we can safely say that the iOS operating system is much safer than Android. iOS evaluates all the apps in App Store and doesn’t operate on an open-source like Android that operates in a less strict environment. However, you must remain alert from possible hacking despite having an iOS device since cybercriminals keep getting smarter by the day. Taking preemptive steps to protect your phone from the likelihood of malware will go a long way in keeping your phone secure. You can also speak to our IT experts at Centerpoint IT on the best ways to keep the bad guys from accessing personal day on your mobile phone. Contact us today for more details.

Thanks to our friends at Orion Networks, provider of quality IT services in Columbia, MD.  They helped with the research of this article.