A New Way That Password Stealing Malware Infects Your PC

The acquisition of user IDs has become much easier for cybercriminals in the globalization era. A variety of methods can be used to steal passwords, including spyware, keyloggers, and phishing attacks. This can lead to the total loss of essential data held in company or private databases. Most of the methods used by these cyber criminals involve the use of malware that has been designed to steal user credentials. Based on the objectives of a particular cybercriminal, a variety of malware methods are applied to fulfill those goals. 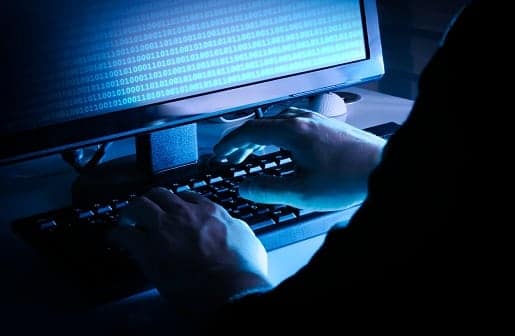 A significant proportion of methods used to steal user credentials consider the use of malware. Additionally, phishing attacks use malicious attacks through communication channels such as emails where malware-loaded websites are disguised as genuine ones to trap unsuspecting users. Other types of attacks include spyware and keylogging which, for a variety of incidences, has been observed to continually grow in both complexity and frequency of attacks.

Signs of a Malware Infected PC

One of the diagnosis methods of identifying whether a computer is infected with a virus is through the observation of random pop-ups and significantly increased booting time. Instances like these are associated with spyware configured to steal essential data from users without them noticing.

The objective of using spyware on user PCs is to ensure that information stored in browsers and other sensitive areas is well camouflaged. This includes communication channels such as email. Cyber crooks will attempt to acquire your passwords without you noticing that anything is wrong. Though this seems like a flawed technique that wouldn’t work all the time, the truth is that it works exceptionally well. For instance, 158 million social security numbers were stolen in 2017. That doesn’t include all the other types of records and data stolen from individuals and companies.

For reliable security dodging methods, process injection is a method of integrating malware and lifeless adversary strategy in trade-crafting accounting for the integration of custom codes within the address bars of other processes. The variety of injection techniques includes the following methods.

Shellcodes and Create Remote Threads are among strategies used in malware injection where malicious codes are copied into accessible active processes commanding them to execute as the originals. Through this strategy of attack, the malware does not require writing malicious code on a disk. Instead, it does so by calling Write Process Memory on the host procedure. The impact of this procedure is that the injected code copies its PE to another process with an unidentifiable base address commanding it to re-compute the original addresses of its PE.

Process hollowing is a technique that malware applies to take into account the mapping or hollowing out of the primary code from within the memory of the target’s procedure while overwriting the memory target process with an executable malicious code. The function of the malware is to create a new process designed to host the malicious code presenting it in a hanging form awaiting for the Resume Thread Function to be called in order to execute.

This process leads to the switching of the original file contents with the malicious payload. Processes used for mapping the memory include two API examples, the ZwUnmap and the NtUnmap Views of Section. In order to succeed in assigning new memory for the malware, this procedure takes advantage of the malware’s unmapping of the memory and proceeds to execute the loader, VirtualAllocEx that facilitates the application of the malware to the Write Process Memory on the identified vulnerable target.

This technique is among the most popular method used in malware injection into other processes. By commanding the implicit address space to process the malware code using the dynamic-bond library, the approach facilitates the creation of Remote Threads in the target process through process loading.

The primary objective of the malware is to target a process for injection. This procedure is generally performed through a search of the processes to call a trio of APIs that include CreateToolHelp32Snapshot, Process32 1st, and 2nd. The specific functions of each of these APIs include the cataloging of heaps and returning a snapshot, retrieval of the first process, and the iteration through the previous two processes respectively. After successfully allocating the target process, the malware is able to execute through Open Process calling.

This article reported on a number of techniques used by malware attackers in concealing unauthenticated activities in other processes. Two procedures are observed to facilitate the functionality of malware and include open injection of a shellcode on another processor or the command of other processes to load malicious libraries on behalf of the malware. Cyber thieves are constantly updating their attack procedures to stay one step ahead of IT professionals. That makes locating and eliminating malware threats a full-time job.