When tragedy strikes, it can briefly bring people closer together. If something dramatic takes place, minor disagreements may go on the back burner, either at a local level or even an international level. 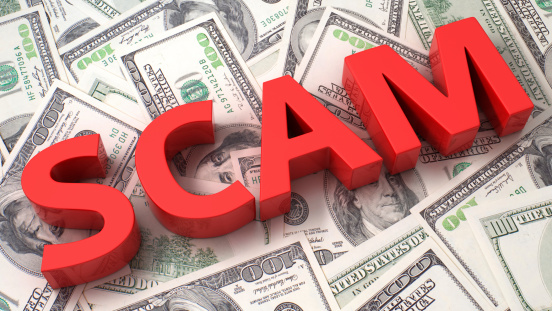 For instance, terrorist attacks in other parts of the world draw sympathy and foreign aid. Domestic attacks, such as the September 11 attacks, also brought a moment of unity while the world grieved. Locally, millions of dollars were raised for aid groups and charities.

Unfortunately, while some people’s hearts are moved, and they want to do more than simply pray for and think about the victims, some cybercriminals see people’s misfortune as a chance to take advantage of their generosity so they can line their own pockets.

That’s why two guys from Jersey City were able to take in more than $120,000 by claiming they were collecting money for 9/11 victims’ families. And that’s why millions in aid money was stolen, embezzled or simply misplaced by businesses, elected officials and individuals following Hurricane Katrina.

Today’s scammers are also getting more sophisticated, and they are trying to lure people where they spend most of their time — on their computers or mobile devices.

Experience has taught many of us that door-to-door or direct mail solicitations may be bogus. But that lesson hasn’t sunk in for people reading online offers — especially when something terrible has happened, and people collectively want to do more to help in any manner possible.

The recent Orlando shooting has caused a variety of off-line and online scams to pop up, everything from people seeking cash donations to charities that may not actually give much money to those they claim to support.

But what’s especially concerning are the more sophisticated attempts that resemble something legitimate, but they are actually phishing attempts that try to steal your personal information and perhaps gain access to your networks.

Both businesses and individuals can be susceptible to these types of scams; a well-meaning employee may click on a link, thinking that he or she is helping, but which actually introduces malware to the system.

Companies may not want to be in the position of telling employees not to help Orlando victims, but they also can encourage them to be cautious in their online activities. Suggestions include:

Centerpoint IT is the trusted choice when it comes to staying ahead of the latest information technology tips, tricks and news. Contact us at (404) 781-0200 or send us an email at info@centerpointit.com for more information.